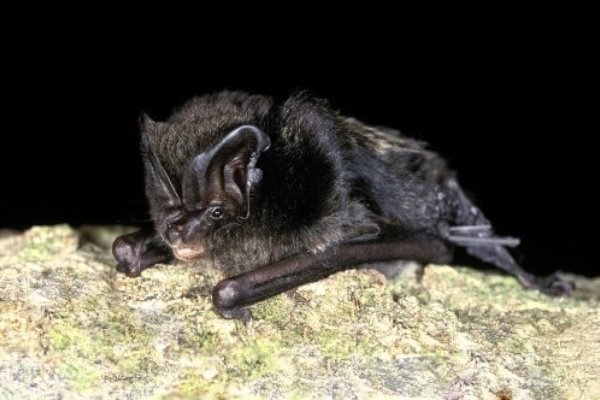 Bats in my property

When you mention bats to most people, images of Dracula come to mind! Others of flying rats that cause massive amounts of damage and disease. In-fact bats do very little damage, are not harmful to us and live along homeowners without problem in many areas, indeed, most people do not even realise they have bats in their house until the surveyor finds them on their inspection.

“Bats are frequent visitors in both old and new houses. They are small, harmless mammals that do not cause any damage within your house.” – RSPB

Bats in the UK.

There are eighteen species of bat in Britain and all are protected under the Wildlife and Countryside Act.

British bats eat insects and nothing else. This makes them valuable friends and allies as many farmers and gardeners seek to reduce insect numbers, as some insects can cause damage to valuable crops and flowers. They are also a surveyors best friend as we would much rather come face with a bat than a British common spider that’s been living in your rafters for years!

The most common bat seen in Britain is also the smallest of our 18 species and it is known as the pipistrelle. 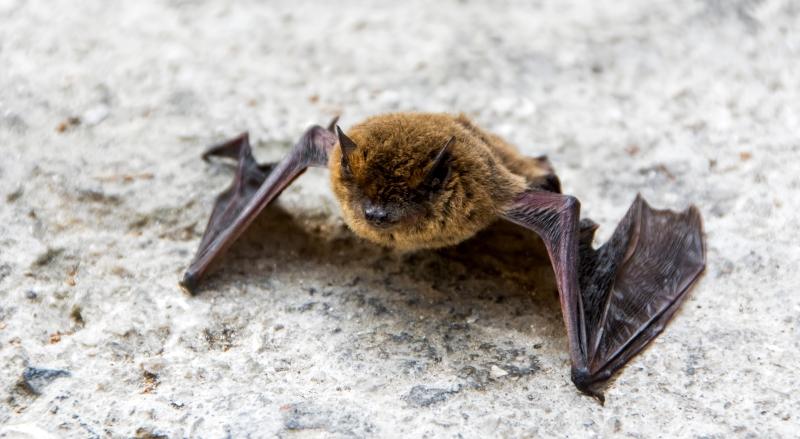 This little bat (wing span about 22 to 25cm) is often mistaken for a dusk-flying bird as it flits among the trees and hedgerows seeking insect prey.

Among the larger bats are the noctule (wing span up to 38 cm) and greater horseshoe bat, with a wing span of similar size. 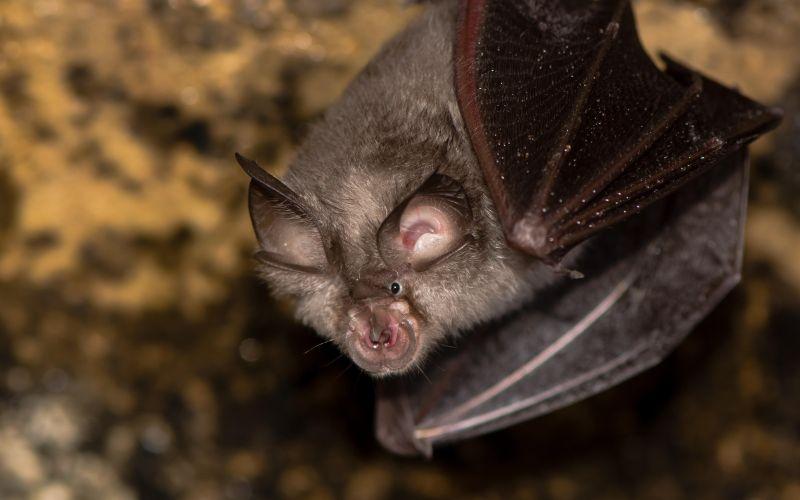 How do I know if I have bats in my property?

Unless a nest is clearly seen, it can be quite difficult to establish whether a home has bats or not.

Unfortunately, human beings have destroyed most of their natural habitat, thus they have adapted, like many creatures making human made buildings their homes. They can access a property through a gap as small as 20mm and take shelter in many places including lofts, cellars, roofing felt, drainpipes and guttering, under lead flashing and windowsills, between roof tiles, above soffits, between fascia’s, in cavity walls, under gables, and in eaves.

Bats hibernate during the winter and colder months, awakening early spring to roost where they can often be seen at dusk flying about!

As a surveyor, one thing we expect to see when we enter a loft space is spiders! If the loft is free of spiders, then this could mean something is eating them, which may be a friendly and helpful bat.

The second sign and one that is hard to miss is the smell. There’s no getting away from it, the harsh smell of ammonia is difficult to miss and goes hand in hand with bats.

Poop! Or droppings. Bat droppings are similar to mice droppings in size and colour, but, unlike mouse droppings, bat droppings will crumble to dust under pressure. They are often found accumulated on windows, walls, sills, around gable ends, around chimneys, and under the ridge of the roof void where they are roosting. 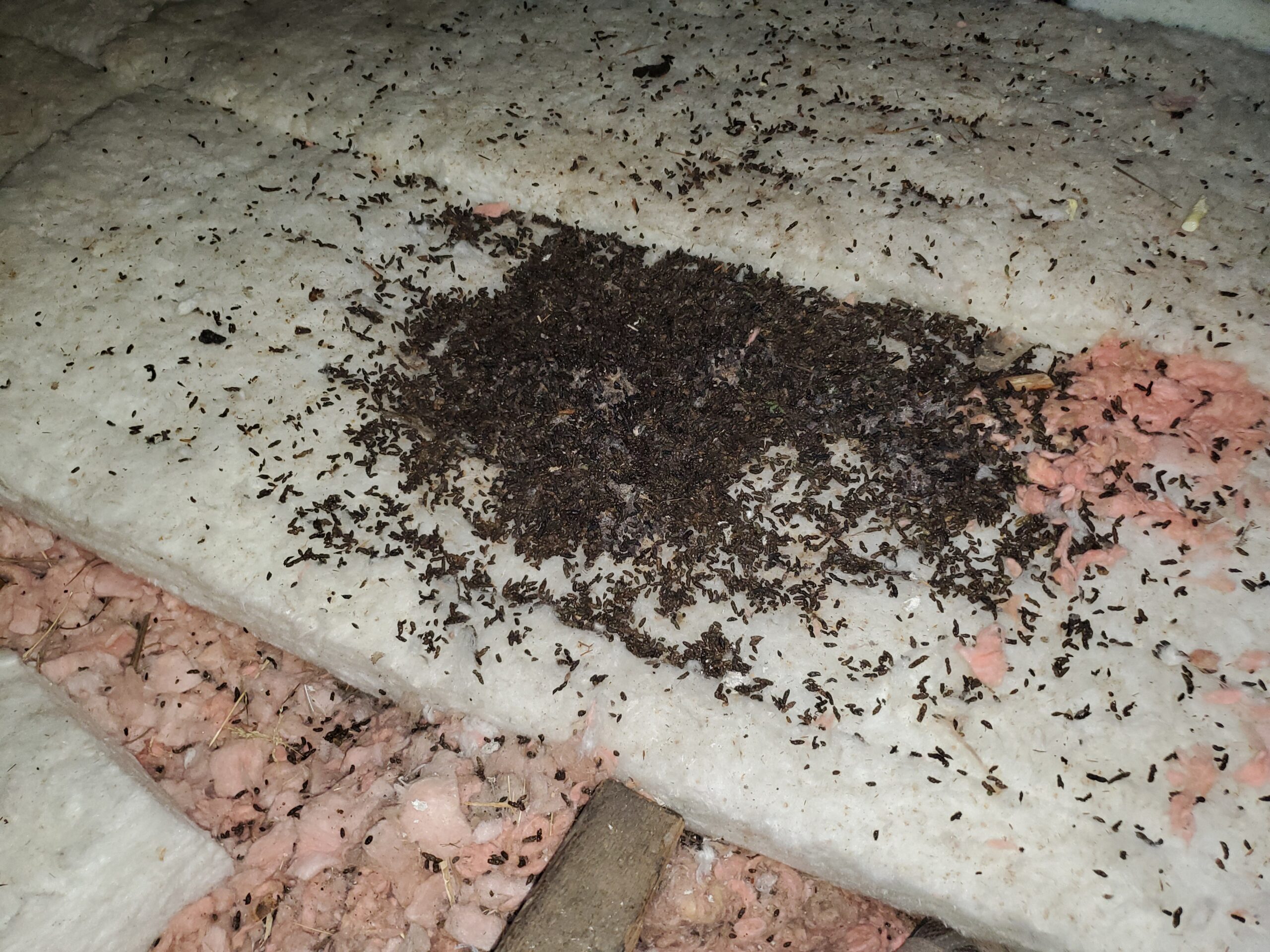 Bat droppings typically seen in a pile on top of insulation.

Visually you may notice bats in the evenings! If you do, try and spot where they are going or have come from. It may be that they have emerged from your eaves or window. Of course, as sometimes happens, you may be taking the Christmas decorations up to the loft and one may fly past your head! that’s usually a good sign you have bats in your property.

Many bats are endangered or threatened, so both UK and European legislation gives them very full protection.  It is illegal to intentionally kill, injure or take any bat or to recklessly damage, destroy or block up their roosts or disturb them.   Because bats tend to the same roosts each year, these sites are protected whether the bats are present or not. In dwelling – houses that are used by bats, the legislation allows building maintenance or remedial operations to be carried out. However, English Nature must have been notified in

Bats are protected by the Wildlife and Countryside Act 1981 which makes it a criminal offence to deliberately harm, capture, kill, or disturb a bat or recklessly damage or destroy their roost.

For further information about bats in your home and what to do next, contact Smith Heritage today.