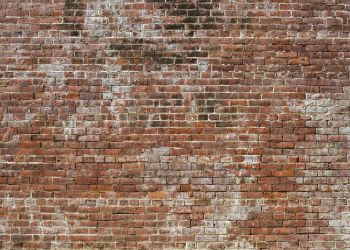 Research completed recently by the SPAB has shown most old walls lose less heat than often assumed but, where appropriate, can benefit from upgrading for enhanced insulation. Upgrades should be undertaken using carefully specified types and quantities of insulation to minimize the risk of unintentional harm both to the fabric of buildings and the health of their occupants. Utilizing vapor permeable (or ‘breathable’) insulation evidently reduces the likelihood of causing dampness, associated timber decay and mould growth or of aggravating medical conditions such as asthma.

Global climate change and the conservation of non-renewable energy resources are among the most pressing challenges facing humanity. Unsurprisingly, old buildings have become a focus for action to cut fossil fuel use. Concern exists, though, that standard approaches towards improving their energy efficiency will not only damage the buildings and the occupants’ health but save less carbon than anticipated. To offer guidance on reducing the risks associated with thermal upgrades, the SPAB commissioned research to better understand the performance of solid-walled (i.e. traditionally constructed) buildings predating about 1919, representing approximately one fifth of the UK’s housing stock.

The research has involved three main strands, namely, the: • Measurement in situ of heat loss (U-values) at 77 locations in walls mainly of solid, permeable construction and of varying materials. The figures were compared against theoretical equivalents, calculated using industry-standard software. • Case studies investigating heat loss through walls, airtightness, comfort and risk of mould growth both before and after retrofitting to improve energy efficiency in several traditionally constructed buildings, plus in-depth assessment of moisture behavior in their walls (see illustration). • Evaluation of advanced modelling software for predicting the risk of condensation, using an internally insulated solid wall.

Key findings for the SPAB’s investigations into heat loss through solid walls were: • Average in situ figures for the stone and brick constructions were 1.42 W/m2 K and 1.24 W/m2 K respectively (a higher U-value represents greater heat loss), considerably lower than the default U-value typically used when predicting the energy performance of solid walls. • Calculations in 77% of cases indicated poorer thermal performance than the U-values measured in situ, by a factor of up to three. The assessment of solid-walled construction, before and after energy efficiency measures, found: • Heat loss can be reduced significantly without fitting excessive amounts of insulation. • Post-retrofitting moisture levels for one wall insulated internally, with wood fiber, seemed unproblematic, but the other, with polyisocyanurate, saw increasing dampness deep within its fabric. The wall upgraded externally with insulating lime render had high moisture levels initially; these eventually started to decline. • Airtightness was greater post-retrofitting, and some results compared favorably with the standard for new buildings. • Comfort based on indoor air temperature and relative humidity was poor pre-retrofitting, but improved post-retrofitting. There was no visible evidence of mold growth on surfaces. The evaluation of advanced modelling software to predict condensation risks within solid walls established that: • Practical application was hindered by the inaccuracy of input data for hydrothermal (moisture- and heat-related) material properties and the climate. • Insertion of a vapor control layer – frequently specified after using less sophisticated computer simulation – would have caused complete failure of the insulation in the subject building. 3 SPAB Energy Efficiency Research: A Precis These findings demonstrate, therefore, how retrofits can be carried out effectively while minimizing the risk posed to traditionally constructed buildings and occupants. This is important given the large number of solid walls potentially yet to be insulated, coupled with the chance of greater moisture accumulation in them because of the more intense rainfall predicted with climate change. The results are informing SPAB technical guidance and have prompted other research, as well as encouraged improvements in the assessment and modelling of solid-walled buildings. Further work is needed to build on this and to obtain an even better understanding of the performance of traditional construction in the UK.

A U-value measured correctly in situ is likely to correspond more precisely to the actual heat loss through a solid wall than its calculated equivalent. This is probably because the measured value, unlike the theoretical one, reflects all the elements that affect heat loss. These include the detailed wall composition (such as mortar and presence of voids) plus real-world conditions (for instance, thermal mass, or heat storage effects of the fabric, and temperature change). The survey of buildings before and after retrofitting showed that many factors affect moisture patterns in solid walls, including added insulation. Evaporation was sufficient to maintain satisfactory moisture levels in the south-facing wall insulated internally with permeable wood fiber; this was not so with the north-west-facing wall fitted with thick, impermeable polyisocyanurate insulation, which increased condensation formation and restricted the escape of moisture. High moisture levels in the south-facing wall finished externally with permeable insulating lime render apparently started to decline once water introduced during the application began dissipating. As anticipated, airtightness increased at all properties following their retrofitting but there was a tendency for continuing air leakage around beams and loft hatches. The accuracy of input data for the hydrothermal modelling of traditional buildings in the UK using advanced condensation risk analysis is compromised by the lack of historic material testing here and inadequate availability of local climate information.

The SPAB’s research has shown that calculated U-values for solid walls overestimate heat loss so suggest more insulation than necessary is needed to meet specific retrofit targets. Additionally, over-insulation using thick, impermeable material may cool a wall enough to cause condensation and the accumulation of moisture. On the other hand, heat loss can be reduced significantly without creating a damp wall using more modest amounts of vapor permeable insulation. The research also indicates that where a wall becomes damp, it may take considerable time to dry out.